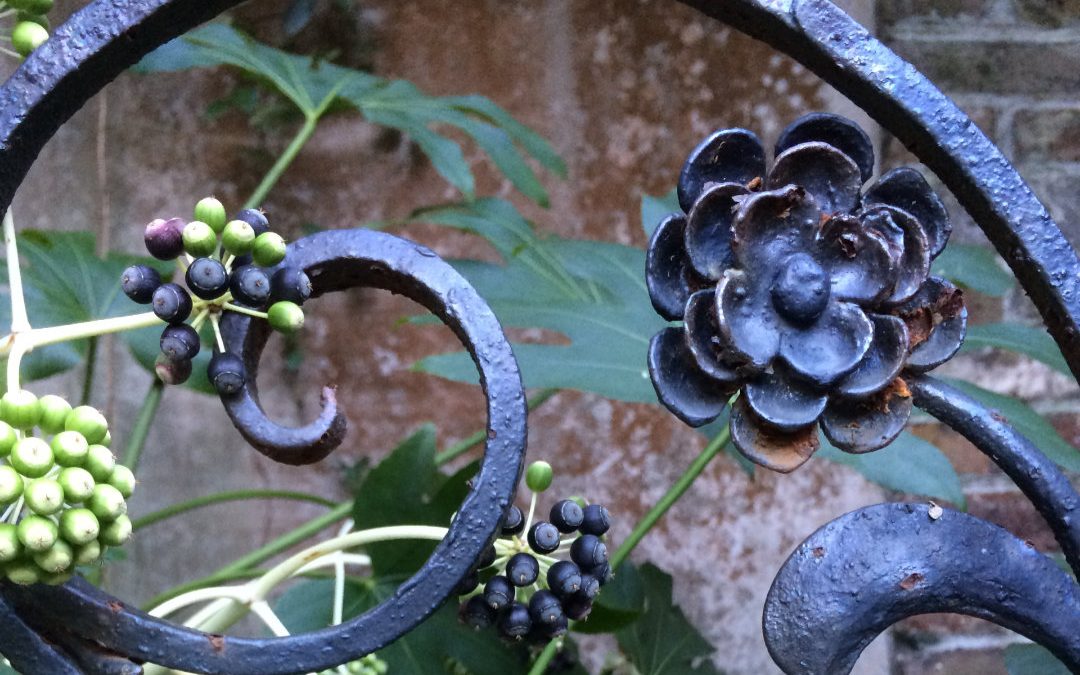 1. Failure to Understand the Importance of How an Asset is Titled: Probably the most common mistake that I see is the absence of awareness by an individual as to how an asset is titled. Whether it is tangible property such as real estate, or intangible property such as cash, stocks, or bonds, if an asset is in your name alone, then you have a right to dispose of it under South Carolina law by a Last Will and Testament.

However, if the property is in your name and someone else’s name, there are several forms of ownership which might exist. Probably the most common with regard to intangible property (checking accounts, stocks, bonds) is joint tenancy with right of survivorship (JTWROS). In this form of ownership, as a matter of contract law, two (or more) parties are agreeing between (1) themselves and (2) a third party (which issued the intangible asset such as a checking account or stock certificate) that, at the death of the first of the two parties whose name is listed on the document, the survivor owns everything.

The other less frequently seen form of ownership for real estate is joint tenancy with right of survivorship. South Carolina law is specific that to implement this type of ownership. The deed has to say, A and B as joint tenants with rights of survivorship. Ordinarily, you further find language that supplements and says – and not as tenants in common in order to be clear that it is not the parties’ intent to create a tenancy in common. In this form of ownership as noted in the preceding paragraph, the surviving joint tenant gets all of the property at the death of the first tenant.

Quite frequently in the case of elderly, widowed clients, we find that the client may have put property in his or her name and a child’s name as joint tenants with rights of survivorship with the purpose of providing an effective and easy means for the child to get access to the assets should the parent have needs but be unable to access the assets because of a disability the parent has experienced. Unfortunately, we frequently see situations where, at the death of the parent, the child (who perhaps was the care giver to the parent and feels somewhat entitled to “compensation”) then “conveniently” forgets that the decedent’s Last Will and Testament directs that all assets be divided among all of the living children – and this inevitably leads to lawsuits over whether the parent really wanted the care giver to have extra funds or not. (The preferred way to allow a child access to a parent’s assets is through a Durable Power of Attorney for Property Management.)

2. Life Insurance Policy Ownership and Beneficiary Designation: The next frequent mistake we see involves those clients who have not carefully reviewed all of the matters surrounding the ownership of insurance policies on their lives. A client will invariably tell me that his or her spouse is the beneficiary of an insurance policy and that the children are the contingent beneficiaries, but when I ask for confirmation of this information, I frequently find that the policy is old enough that the client had forgotten that either he did not have children and named his or her mother or father as the contingent beneficiary – or in some cases, even as primary beneficiary – because the insurance policy was taken out before the client was married. Thus, it makes sense to have in your files correspondence from the insurance company periodically confirming that your beneficiary designations are up to date!

In more sophisticated estate planning, one finds that frequently clients are counseled not to own insurance policies on their own lives. The primary reason behind this suggestion is to avoid the inclusion of the life insurance proceeds in the gross estate for estate tax purposes. Frequently such planning is accompanied by the creation of an Irrevocable Trust which is designed to benefit the client’s spouse and children and created with the expectation that the monies will stay outside the transfer tax system when the insurance proceeds are received. Quite frequently, however, further investigation with the insurance carriers reveals that while the beneficiary designation may have been changed to the Irrevocable Trust, the ownership of the underlying policy itself still is in the client’s name. Alternatively, sometimes clients reserves rights to access certain benefits from policies (such as the right to borrow the cash surrender value) and the reservation of all these rights – technically known as “incidents of ownership” under the transfer tax law – means that the planning technique fails and that, despite the creation of the Trust and the naming of the Trust as the beneficiary of the policy, the life insurance proceeds are still part of the insured’s gross estate.

On occasions, I will see cases where a spouse has bought a policy on the other spouse’s life, but named the children as beneficiaries. Of course, life insurance beneficiary designation can be changed by the owner at any time and the owner would automatically reserve the right to name himself as beneficiary. At the death of the insured, when, for example, Mom has named the two children as beneficiaries under the policy, the IRS quite correctly takes the position that she has made a gift of the entire value of the life insurance proceeds to the children because she could have just as easily named herself beneficiary under that policy.

3. Tax Payment Provisions: In the estates of wealthy people, there probably will be estate taxes to be paid. If not at the death of the first spouse, at the death of the second spouse, such taxes will be due. Rarely do clients address the source of such payments, but rarely does one see problems of the magnitude produced by failure to address these issues. Two simple examples will illustrate the dilemma. Client X creates Trust for his spouse at his death; at the spouse’s death, trust terminates and pays assets to Client X’s children — who are not children of spouse of Client X. No taxes are paid at Client X’s death, but at death of spouse, lots of taxes are due. Are they due from the Trust which Client X created for spouse, or are they due from spouse’s separate assets which she leaves by Last Will and Testament to her children?

Second example – Client K creates a Trust into which she places $1,000,000 for management purposes. She provides at her death, trust goes to two children. She provides, in her Last Will and Testament, the balance of assets go among five grandchildren – all of whom are the offspring of only one of the two children. Is the tax attributable to the $1,000,000 trust paid from the trust or from the assets in the estate which would otherwise go to the grandchildren?

4. Improper Beneficiary Designations on Individual Retirement Accounts (IRAs) and Pension and Profit Sharing Plans: The rules regarding distributions from retirement plans and IRAs are extremely complex. Federal legislation protects the rights of the spouse of a participant with regard to distributions from any sort of retirement plans. (A major exception is the field of IRAs where there are no spousally protected benefits). The rules regarding distributions from retirement plans are complex and there are limits on how soon a participant can start taking withdrawals and limits on how long a participant can delay taking withdrawals – all of which are accompanied by penalties for improper interpretation of the rules. For many people, it is important to be able to take monies out of retirement plans and IRAs as slowly as the law allows in order to assure the availability of funds for later retirement years. However, there is a critical date – known as the Required Beginning Date – by which a participant must have named a Designated Beneficiary or the participant is limited as to the time period over which he or she can withdraw monies from an IRA or other Qualified Retirement Plan. This critical date is April 1st of the year following age 70 ½. Thus, for individuals born before July 1st, the Required Beginning Date is the year that person attains age 71 (Example, Client “A” born May 3, 1930 attains age 70 ½ on November 3, 2000 and reaches Required Beginning Date on April 1, 2001 and has to have a Designated Beneficiary in place by that time or he or she limits distribution withdrawal options under the IRA or other qualified plan.)

In addition to the rules governing how quickly one must withdraw from a plan or IRA, one must be careful in the designation of who gets what monies remain at the death of the IRA owner. Proper planning can allow such monies to be paid out very slowly, thus taking advantage of the deferral offered by the tax sheltered IRA.

5. Improper Division of Assets Between Spouses: Most people are aware that there is an exemption from transfer (gift and estate) taxes which is $675,000 in the year 2000 and that this exemption is increasing to $1,000,000 by the year 2006. Customarily, I suggest to a married couple that, unless they know for sure which one is to die first, they consider dividing the ownership of assets equally between the two of them so that no matter which dies first, the first to die can take full advantage of the exemption. A simple example will illustrate this point. Recently, I had a gentleman come in who indicated that he and his wife together had $1,000,000 worth of assets – $900,000 in his name and $100,000 in her name – she had recently died. She had estate planning documents which created a Trust to benefit her husband with the assets she owned at her death. Unfortunately, she only had $100,000 of assets. If her husband dies in the year 2000, he, too will have a $675,000 exemption, but the amount in his estate above $675,000 ($225,000) will generate about $90,000 of transfer tax. Thus, she “wasted” $575,000 of her exemption — and his estate will have to pay $90,000 in taxes that could easily have been avoided. To reiterate, this tax is needless because, had the asset ownership been divided evenly between the couple, each would have had less than the amount of the exemption, yet the survivor could have continued to have access to all assets during his or her survivorship.

6. Failure to Get Competent Assistance in Estate Planning: Although this observation may sound self-serving as a Trust and Estate lawyer, I would be remiss if I did not comment on the number of times that we have been called in to “correct” estate plans after someone has died. For example, many unskilled planners forget to ask whether or not both spouses are U.S. citizens. In fact, there are serious limitations on the ability of a non-citizen spouse to inherit assets without tax consequences in the United States. Many times we see clients who have an ability to direct what happens to assets held in trust for their benefit under what is known as a special power of appointment. However, almost always, the exercise of a special power of appointment must be precisely in accordance with the document creating the power or the attempted exercise is void. Many people create trusts without understanding the limits or benefits to be derived from such documents.